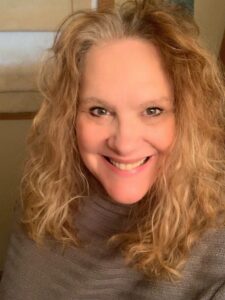 MLS Now is celebrating 30 years of exemplary service from Dianna Caraballo. Dianna has extensive knowledge with her 10+ years of experience in paralegal work. With degrees in both human resources management and in paralegal studies, as well as being a certified ordained minister. Dianna is also an accomplished author of the book “Women Were Designed for Greatness Too!” and the devotional study titled “A Little Drink of Water, A Spiritual Awakening.” As anyone can see, Dianna’s vast background covers a wide range of skills and expertise.

She began working for the Northern Ohio Regional MLS, which is now MLS Now. In October of 1992, she began as the NORMLS Receptionist where she quickly proved her indispensability. Over time has held various positions from Receptionist to Executive Secretary and then later became the NORMLS Office Manager in 1993. During this period, oversaw the hiring of most of the company’s current staff, as well as managed the Quality Assurance department. Dianna’s most pivotal point in the company was during her time as the Office Manager where she then began to improve the Quality Assurance department to what it has become today. She helped facilitate the change needed to overhaul procedures, implement crucial policy changes, and maintain the QA department’s data integrity. She has since stepped down to her current role of MLS Now’s Senior Quality Assurance Coordinator. Here she continues to work on ensuring that our membership has clean and accurate data to work with, and to present to their clients.

Dianna enjoys her job most when able to relate to brokers and agents personally. She says, “I find it rewarding being able to teach them how the system works and why the benefits of MLS Now make it such a valuable and vital tool for the industry.” We are proud to share in Dianna’s amazing achievement of her service!

Her life motto is, “Seize the day for it’s full of possibilities.” She works hard and strives to fulfill her motto every day!